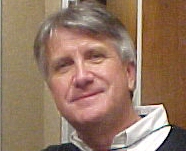 Even though Bill Mozer has had a 77WABC license plate on his many Volvos through the years, he also made a name for himself at a college radio station.

By 1969 he had landed a coveted position as an engineer at Musicradio77 WABC in addition to serving as the chief engineer at WCWP, the campus station at C.W. Post on Long Island.

He began working at WCWP in June 1965 as a high school intern months before he started taking classes at the school. It was an association that would continue until 1990.

Largely as a result of the military draft and the Vietnam War, college campuses began to experience significant protests in the late 1960's.

Bill said that in 1969, Steve Post was fired as the director of broadcasting "for allowing a program with sexually suggestive elements on the air."

"The college's administration went ballistic," Bill said in a May 19, 2007 phone interview with Musicradio77.com.

As chief engineer, he was called into the president's office and instructed to disassemble the station's transmitter.

"The student staff, with the aid of outside supporters, began a protest vigil in the building (The Benjamin and Elizabeth Abrams Communications Center )," Bill stated in the e-mail message. "They were allowed to occupy the building for about two months by the Administration. "

By December 1969 the number of dissidents, some of whom had never been in the building before, dwindled and the administration secured the building.

A short time later, the college administration interviewed Bill for the position of director of broadcasting, a position that he would hold until 1990.

Through 1984, he also worked full-time as an engineer at WABC, spending most of the 1970s working in the studio with such air personalities as Dan Ingram, Cousin Brucie and George Michael.

Bill later worked for ABC Radio, NBC and Fox and is now an engineer for the ABC Television soap opera "One Life To Live."

He said that Frank D'Elia, who had been an engineer at WABC since 1976, and Ted David, of CNBC radio "were instrumental" in re-establishing WCWP in early 1970.

Frank is the engineer for WABC Rewound, which has been broadcast annually on Memorial Day since 1999.

Ted was a page at ABC in New York City and then became a correspondent for ABC Radio.

"He has a command of the English language," Bill said of the current CNBC radio commentator. "He has awesome timing. He absorbs information. He can read a book and then go on the air and sound as though he is a doctor."

He said that since radio stations largely weren't interested in hiring females for news positions at that time, Rita initially began working as an engineer at ABC Radio.

"She was phenomenal," Bill recalled regarding her work at WCWP.

By the mid-1970s she co-anchored the mid-day shift with Gary Maurer at WCBS and in 1980 reported from the Dakota apartment building in Manhattan for ABC News' television coverage soon after former Beatle John Lennon was shot to death by Mark David Chapman near the Dakota's entrance.

"The college radio experience is invaluable," Bill said of the opportunity for students to become familiar with the equipment and learn in an environment where there often is less pressure than usually exists in commercial radio.

During his years at WCWP, Bill said he expanded the format, allowing "members of the community to do talk shows during a four hour block at night" and then air the tapes of those shows a day or two later.

"I think a longstanding problem with college radio is that the sole job of the faculty manager is to make sure that nothing obscene goes over the air," he said.

"There also is a lack of understanding by some of the students at the college radio stations about the broader meaning of programming," Bill added. "Some of them think that they're just playing music for their friends in the dorms."

"I had the vision of WCWP being more a community station, not just a college station," he said. "The students who worked with the community people on talk shows and who invited people from the area to do other talk shows that were hosted by students benefited because they became engaged in the mechanics instead of the ego of radio."

Bill said that during his time at WCWP the station used some National Public Radio (NPR) programming.

He said that the college stations that have become full-fledged NPR affiliates, such as WFUV at Fordham University in the Bronx, have provided even better training for their student staff members.

Bill said that WFUV has several talented New York City radio veterans - such as Dennis Elsas, formerly of WNEW-FM, and Rita Houston, who had been at WPLJ - that can provide "a far better education" for the students than if there were no radio professionals at that campus station.

He said that during his tenure at WCWP he fostered an environment that allowed several of the student staff members to secure positions in commercial radio and television.

For a time, Bill also taught a course on the management of broadcasting at C.W. Post in which the students didn't take any notes.

"It isn't easy to take notes and listen at the same time," he said. "Some of the students were astonished when I told them not to take notes. I said I would provide the handouts that they needed."

"We spent a lot of time discussing issues and engaging in a dialogue," Bill added. "I also had them call me by my first name."

He said he told the students that, "First and foremost, this is a business. As much as we love the stylistic aspects of it, it comes down to what you can deliver for your advertisers."

Bill said he never felt burdened by the long hours of being an engineer at the most listened to station in the nation and also devoting time each week to helping aspiring broadcasters at WCWP.

"It never became tiring because I was doing something that was a huge source of enjoyment," he said.

Bill lives in his native Glen Head, N.Y., with his wife, Deborah.

Bill said he was not "a rock and roll kid" while he attended North Shore High School in Glen Head during the mid-1960's.

He listened to WABC and other stations "on the big old radio" in his family's living room. His listening dated to the 1950s when some of the radio serials were still on the air.'

In a May 19,2007 e-mail message, Bill wrote that the radio people that had the greatest "impact on me" as he was growing up included Jean Shepherd of WOR, whom he stated was a "mesmerizing story-teller."

Also, John Long Nebel of WOR and WNBC, whom he called "radio's original occult interviewer"; Brad Crandall of WNBC, whom he wrote was an "early prank-call artist"; and Larry Josephson of WBAI, whom Bill described as the "crankiest and funniest morning show host."

Bill got the internship at WCWP during his final days in high school and went on to earn a first class radio-telephone operator's license after taking a course at Announcer Training Studios in New York City.

By 1967 he was the station's chief engineer and a year later he landed his first commercial radio position at WTFM in Fresh Meadows, Long Island, near the Long Island Expressway.

At about this time he met George Berger, who was at WVHC, the campus station at Hofstra University.

WCWP and WVHC shared technical resources and George encouraged Bill to apply for a position as an engineer at Musicradio77 WABC.

He was hired in 1969 and through his early years worked the afternoon and night shift in which he primarily worked with Cousin Brucie and Dan Ingram.

"Someone from a college newspaper could come in determined to write a negative story about Cousin Brucie's show and within 30 seconds Bruce would disarm them," he said.

Bill said Brucie has always been generous with his time, giving to charities and meeting with groups of retarded children that even included Bill's sister.

"He was fun to be around," he said. "If he called a delicatessen for food, he would ask around to everyone on that floor to see if they wanted something."

Bill said that Brucie and Dan had different styles.

"Dan was very much in control," he said. "Bruce would say that he wouldn't want to be bothered with the details."

"Dan would look right into the engineers eyes at times to impress upon himself that he was talking personally to someone on the air," Bill said. "If he had a good engineer you could hear the difference in the show."

In 1972, he was the engineer that cut the audition tape for a potential new air personality in Studio 8-B.

"I thought to myself that this guy doesn't want to work here," he said as he listened to Johnny Donovan, who was then at WOR-FM ,do the audition. "He doesn't have any enthusiasm."

"Now, 35 years later he's still there and he's the one responsible for maintaining the station's heritage through Rewound," Bill said with a laugh, making reference to Johnny's work as the producer and announcer for the annual collection of air checks of WABC shows that is played every Memorial Day.

By the mid-1970's, Bill was part of the A-team engineers, which also included Bobby Ryan and later would include Frank D'Elia, that worked regularly with the top air personalities at Musicradio77.

Bill is "hands down one of the finest and hardest working production engineers I have ever worked with," former Musicradio77 afternoon news anchor Bob Hardt stated in a June 10 e-mail message.

Bill said he was proud that in a 2002 phone interview on the WABC post-Rewound talk show, George Michael, who succeeded Brucie on the Musicradio77 night show in 1974, named him as one of his favorite engineers at the station.

Bill said that Jim Carr, who had previously worked with George at WFIL in Philadelphia, had told some of the other engineers shortly before George's arrival at WABC that he was a perfectionist who sometimes threw tape carts around the studio.

"You had to understand his needs," Bill said of George. "He wanted the engineer fully engaged."

"He had a lot of talent, which was demonstrated by the fact that he was able to transition easily to television, which is something that Dan Ingram wasn't able to do," he said, making reference, for example, to Dan's unsuccessful audition for AM America, which was a forerunner of Good Morning America.

George did weekend sportscasts for Channel 7 WABC while working at Musicradio77 and then went on to become a full-time sportscaster in Washington for many years and the host of the syndicated "George Michael Sports Machine" highlight show that aired on Sunday nights across the country.

Another former Musicradio77 engineer, Jerry Zeller, who was known for his on-air interplay with Dan Ingram, also does work on the soap opera, as well as ABC's "The View" and some of the network's news programs.

Bill said his 77WABC New York state license plates, which he has had since the 1970's, are now posted on his wife's Mercedes.

"No one has ever approached me with a bribe to surrender them," he stated. "Even if they did, I would not give'em up!"

"I was very proud to be working at WABC at the time," Bill said. "I was happy to have played a small part in the history of radio."