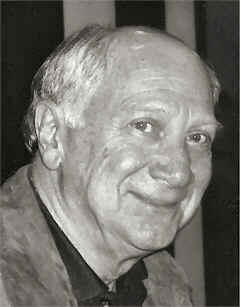 When people think of WABC in the sixties and seventies, they think of a fast paced music station.
What sometimes gets forgotten is that all radio stations from that era had big news departments.
News was important to WABC since the station had to justify its license based
on how well it served the community.  In those days, the FCC paid a lot of attention to that.

Bob Kimmel spent three years at WABC as a news writer and editor.
While you didn't hear him on the air, you did hear his writing as read by the station's many staff announcers.
Bob went on to All News WINS and then to NBC Radio News.

Our web site reporter Scott Benjamin caught up with him for a profile:

Bob Kimmel said that during his three years as a news writer and editor at Musicradio77 WABC in the mid-1960s, there were times when he wrote the newscasts in the styles of the ABC staff announcers that delivered them.

“You could get a feel for their delivery and modify the script to meet their strengths,” he said in a Sept. 11, 2006 phone interview with Musicradio77.com on the newscasts he wrote for such noted staff announcers as Milton Cross, Fred Foy, Carl Caruso, George Ansbro and Joel Crager.

Bob, who lives in Tarrytown, N.Y. in Westchester County, said that although WABC was foremost a music station, it had a large news department. He said that commitment is in marked contrast to the “small staffs” at many radio stations over the recent years as the Federal Communications Commission (FCC) has relaxed its regulations on news coverage.

“There are a multitude of sources of news now,” he said in an apparent reference to the Internet.

“However I think that there should be more news available on radio,” Bob added when asked to compare the FCC regulations of 40 years ago with the current standards. “It’s the public airwaves and there should be news and also opportunities for civic groups to appear on public affairs shows.”

Bob worked on the weeknight Newscope that ran from 6 until 7:20 p.m. He said that the show was a source of pride for WABC’s news department.

The Newscope was eliminated on Jan. 1, 1968 along with the morning Breakfast Club - changes that legendary WABC Program Director Rick Sklar made to reduce the interruptions in the music format.

Former WABC Assistant Program Director Julian Breen said in an April 1, 2005 phone interview with Musicradio77.com that within six months the changes helped boost WABC to the top of the ratings in New York City.

The Newscope was replaced by the Six O’clock Report, which ran from 6 until 6:15 p.m. and was anchored by Bob Hardt, who was the first reader-writer news staffer hired by WABC.

It also included a sports report from longtime ABC Monday Night Football commentator Howard Cosell, who often just read from notes that were scribbled on an envelope. Howard, who was known for speak extemporaneously, also had a five-minute sportscast for many years on the Six O’clock Report.

During his tenure at WABC, Bob worked closely with Paul Ehrlich, who later became the station’s news director during an era when it relied more heavily on reader-writers Bob Hardt and John Meagher, among others, to deliver the news and less on the ABC staff announcers.

“Paul was a bright, ethical, understanding person who was a very good journalist and knew how to manage people,” Bob said of his former colleague “He also had a lot of contacts in New York City.”

On another topic, he said that WABC’s growing audience, which went to 8 million listeners a week in the years after he left the station was due to the fact that “it struck a significant chord among the younger listeners.”

“I give Rick Sklar a lot of credit for creating the format where the kids would tune in all the time to hear their favorite songs,” Bob said.

He began in his broadcasting career while majoring in Communications at Temple University in his native Philadelphia in the 1950s.

Bob worked at the campus station, WRTI, and then at WHAT, a commercial station in Philadelphia.

While serving in the Army, he was with the American Forces Network, and after being discharged was a correspondent for that network in Paris.

Upon his return to the United States he worked at WCAU in Philadelphia, which was then owned and operated by CBS, until he landed at the ABC radio network in 1963 and then, a short time later, at Musicradio77 WABC.

His tenure at the station became a springboard to some important management positions in radio news.

He was the assistant news director in the late 1960s at 1010 WINS in New York City, which once had been a music radio competitor to WABC, but changed to an all-news format in 1965.

“There was constant pressure,” Bob said regarding the challenge of operating a 24-hour news station.

“You had to make sure that the feeds were being taped and the stories were in the news tray,” he added. “Sometimes even as assistant news director, I had to read stories for reports to other Westinghouse stations. There also were times when you needed to have stories prepared two hours ahead of time.”

From 1969 to 1977 he was the manager then the director of  NBC radio news, where he worked with such correspondents as Herbert Kaplow, a longtime Washington reporter, and Ron Nessen, who later served as former President Gerald Ford’s White House press secretary.

From the late 1970s to the late 1990s, Bob worked in broadcast public relations.

Last February he was one of the principal figures in launching The Hudson Independent – a monthly newspaper that covers Tarrytown, Sleepy Hollow and Irvington, N.Y.

Bob is president of the corporation and chairman of the editorial board for the newspaper, which already has a circulation of 13,000 and has grown from 24 to 28 pages per issue.

He said that the paper was established as a result of a feeling that another monthly newspaper in the area was not “providing accurate, objective news.”

Bob said his experiences at WABC were valuable in preparing him for managing news operations in the subsequent years.

“It was a very illuminating experience to be in the top market at an important station during a time in the mid-1960s when there were a lot of critical issues in the news,” he said.