In 1968 WABC hit one of its ratings milestones. It hit one million homes a day in listeners. This was a mark that it would later exceed, but at the time, it was a major accomplishment.

To commemorate the event, program director Rick Sklar ran a contest for advertisers to win prizes from the various "rooms" in this "home". Each air personality's picture was on a flap that opened. If the flap contained a prize, you won.

The idea was two fold. First, it was to let everyone know of the enormous popularity of WABC. Second, advertisers still needed to be convinced that buying advertising time on WABC would be beneficial. It was difficult to convince "Madison Avenue" that a "pop music" station really could reach the adults.

Special thanks to Harry Harrison for donating this image! 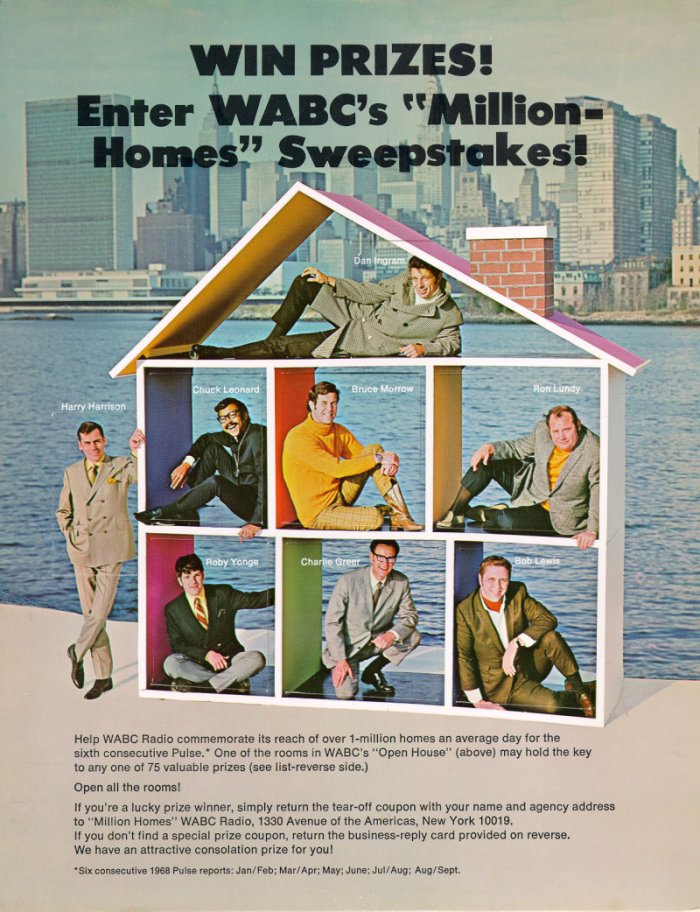