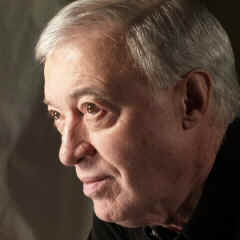 Noted voiceover artist Les Marshak said that Scott Muni, who was “the focus” of Musicradio77 WABC during the early 1960’s, “gave me a lot to do and integrated me into his show” after Les won a Star Search competition that the station sponsored in July 1961.

Les learned of his being selected as the winner Star Search, which consisted of many live auditions by a raft of contestants, through an on-the-air phone call from Scott, which is posted in the” Les Marshak’s WABC Odyssey” link at Musicradio77.com.

Soon he was assisting Scott during his appearances at the Freedomland amusement park in the Baychester section of the Bronx.

“We developed a friendship,” Les said of the air personality who was affectionately known to some as Scottso. “He would pick me up in his car and we would go to Freedomland.”

Les, who was majoring in Pharmacy at the time at Columbia University in New York City, would soon provide sports reports on high school football and basketball games on Scott’s evening show. After a while, he developed a friendship with a new air personality at the station, Cousin Brucie, who did the 10 p.m. to midnight shift that followed Scott’s show.

He became Brucie’s assistant during his shows at the famed Palisades Amusement Park in New Jersey. Their friendship continues to this day, as Brucie and Les and their wives often go on vacations together.

Les was eventually promoted to Youth Director at WABC.

From late October 1969 to early February 1970, he did the overnight show at Musicradio77 and then proceeded to work at WPIX-FM in New York City, and in 1977 became a full-time voiceover announcer.

Les was one of 19 voiceover artists who wrote a chapter for the 2005 book “Secrets of Voiceover Success,” that was coordinated by Joan Baker, who has also been one of the top voiceover announcers during the recent years.

He has been the announcer for the Academy Awards, the Tony Awards, NBC Sports, Macy’s and is currently the voiceover artist for “The Today Show” on NBC.

Les said that Scott’s on-air delivery was different from many of the Top 40 air personalities of the early 1960’s.

“His style was laid back,” Les said of Scott, who began his broadcasting career while he was in the U.S. Marines and had been at rival WMCA before becoming one of the original “Swingin’  7 at 77” when WABC went to a Top 40 music format in December 1960.

“There also was no vocal gimmick,” he said. “With his gravelly voice, there was nobody that sounded like Scott.  He sounded older than he was at the time. And people that met him were sometimes surprised that he was that young.”

Scott was just 31 years old when Les began working with him.

“He had the ability to talk to the individual listener,” Les said. “I learned a lot from him.”

Linda Meilan, who worked as a program assistant and sales account executive at WABC for many years from the 1960’s to the mid-1980’s, said in a September 2006 phone interview with Musicradio77.com that Scott was “one of the best-looking men I ever saw.”

“He had movie-star looks,” Les said. “He was very personable. He was a ladies man, but he also worked well with families. He interacted well with everybody in the audience at Freedomland.”

“Scott was effective in using double entendre’s in his ad-libs on the air, as was [longtime WABC afternoon air personality] Dan Ingram, but it was a little more sexual than what Dan used,” Linda said in last year’s interview.

He said that Scott was very knowledgeable about music.

“He was well-versed in the southern music from his roots down there,” Les said, referring to Scott’s upbringing in New Orleans. “He also was friendly with some of the middle of the road acts that appeared at Freedomland, such as Andy Williams and Steve Lawrence and Edie Gorme.”

Les said that Brucie and Scott co-hosted a local television show briefly in the mid-1960’s.

“There was a rivalry between them,” said Les. “They had very different approaches and attitudes to how they did a show.”

Scott may have been the first of at least a handful of WABC air personalities who became frustrated by the station’s short play lists and frequent air play of the top selling songs.

“He felt constricted, even though during much of his time there were about 40 songs on the play list,” Les said. “It wasn’t until the latter part of the 1960’s that it got trimmed to about 20 songs.”

“Scott didn’t have much patience with regimentation,” he said.

Scott left WABC in the summer 1965 and became the manager of The Rolling Stone Night Club that was located near the United Nations in Manhattan.

Les recalled stopping by to visit him occasionally at the club, which included Go-Go girls dancing in cages.

Before long, Scott was on the air again at WOR-FM and then in 1967 he began a 31-year stint at WNEW-FM, where he became a pioneer of the freeform progressive FM sound, and eventually served as the station’s program director.

Les said he had limited contact with Scott over the ensuing years, although they did occasionally see each other at auditions for voiceovers. Scott, for example, did work for ABC’s Monday Night Football and commercials for Rolaids.

“I think at this point because of all the work he did at WNEW-FM, people mostly remember him for his freeform FM work and forget about the WABC years,” he said of Scott, who died in September 2004.

Former Musicradio77 air personality Johnny Donovan, who still works at WABC and is the announcer for the annual WABC Rewound on Memorial Day, has appealed on the air for anyone with a long -form  air check of Scott to submit it, so that it could be included in the next Rewound.

“We have pieces of Scott, but not a whole hour,” Rewound co-producer Peter Kanze said in a phone interview in April 2007 with Musicradio77.com. “I think that might not exist.”

Scott’s tenure at WABC came slightly before the increase in radio units with tape recorders.

Now, more than 45 years after they first met, Les speaks with admiration about him.

“Scott was the focus of WABC in those early years,” he said.

“I never saw him flustered,” Les said. “He was very calm and confident. He was the kind of person that you enjoyed being around.” 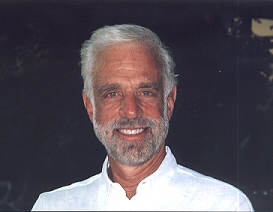