Prior to moving to the studios at 1330 Avenue of The Americas, the WABC studios were located at 1926 Broadway in New York City. These pictures were taken and contributed by Jay Sclar who visited the studios in 1964.

According to Jay, WABC had a couple of studios over this early period. These pictures are from the second studio from this location.

The set up of the air personality and the engineer in these pictures is very similar to what was used at 1330 (see the "Virtual Tour of the WABC studio" section). The disk jockey and engineer sat across from each other and were not separated by a glass wall. The tape racks were located in easy reach and the adjacent studios were used for news and production. 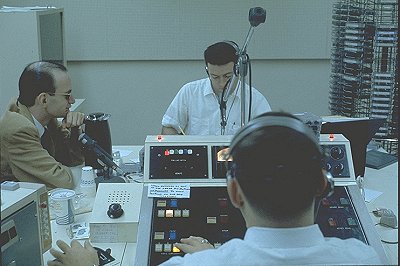 Scott Muni at the microphone seated across from his engineer. 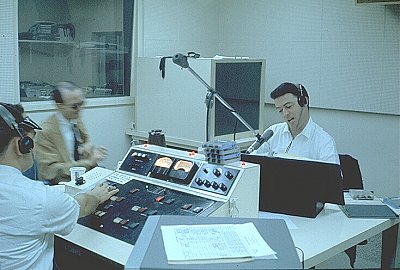 Another picture of Scott and his engineer. 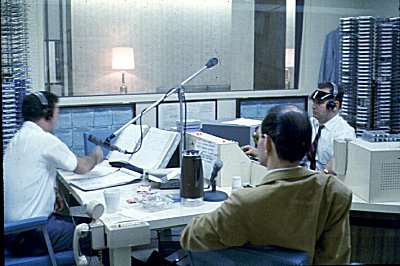 Scott and his engineer from the "other" side. Note the window into an adjacent lounge. 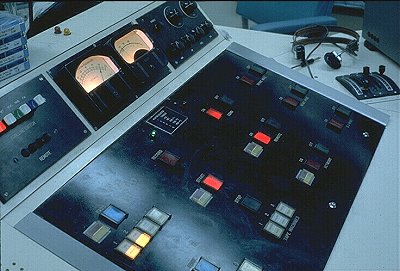 A close up of the WABC control board that the engineer ran. 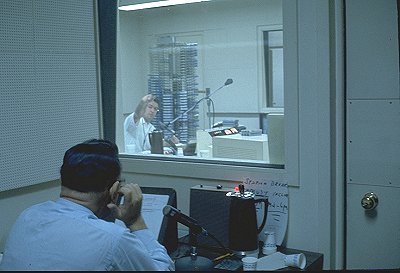 Scott cues his newsman in the adjacent news studio 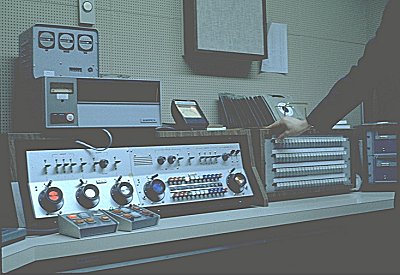 The record-to-cartridge transfer console at WABC 1964.

The station did not use records over the air. Songs were dubbed from 45's (visible in this picture) over to tape cartridges which were used on a daily basis.

Special thanks go to Jay Sclar for these pictures!