Martin Grove On The 1967 Musicradio77 WABC Strike
by Scott Benjamin 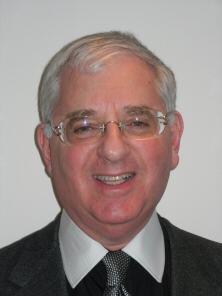 Today, Martin Grove's lengthy bio states that he has become "a Hollywood brand name" and that he is one of the prominent media columnists featured on The Drudge Report.

However, 40 years ago his claim to fame was a 13-day stint as a substitute air personality for Charlie Greer on the all-night show at Musicradio77 WABC, as well as fill-in work for Cousin Brucie and Dan Ingram.

Martin now writes a regular column for "The Hollywood Reporter," does voiceovers on movie previews for airlines and makes appearances on such shows as CNBC's "Business Lunch."

In the early Spring, 1967 he put his experience as an air personality at the Great 68, WRSU, the campus station at Rutgers University in New Jersey, to use as Musicradio77 WABC, the most listened to station in the nation, kept playing the hits while engineers and, later, the air personalities and staff announcers walked picket lines.

Members of The American Federation of Television & Radio Artists were on strike against the networks and their owned and operated stations, including WABC, from Mar. 29 until Apr. 10.

Their walkout was in support of the engineers, who had gone on strike several weeks earlier in an effort to get higher salaries and benefits, former WABC engineer Saul Rochman said in a Mar. 9, 2007 phone interview with Musicradio77.com.

He said that there were picket lines in front of each of the ABC operations in Manhattan, including 1330 Avenue of the Americas, where Musicradio77 WABC was located.

An air check from the strike is posted in "The Sound of Musicradio77 WABC" section of www.musicradio77.com, which includes a portion of one of Martin's substitute assignments for Cousin Brucie.

He was so adept during one of the substitute shows that he said "WABC 77" during the 2-second pause in "Good Lovin'," by The Rascals, he recalled in a Feb. 22, 2007 phone interview with Musicradio77.com.

"You couldn't have any dead air on that station," Martin said with a laugh

"Wally Schwartz was just staggered when I pulled that off," he said, making reference to the then-Musicradio77 WABC general manager.

Martin taped some of the shows and assembled them on a compact disc that he listened to recently for the first time in years.

Martin, who was an ABC Television publicist at the time, said his close friend, WABC program director Rick Sklar, called upon him to become substitute air personality "Marty Grove," when it became apparent that the air personalities and staff announcers were about to join the engineers in the walkout.

"Rick could see that it could happen and he had a contingency plan," he said of the efforts to assemble an air staff while the air personalities and staff announcers walked the picket lines outside the station, where the high profile names sometimes signed autographs for passing fans.

The substitute staff also included, among others, John Rook, who was about to leave as the program director at ABC affiliate KQV in Pittsburgh to take a similar position at the ABC owned and operated WLS-AM in Chicago; WABC assistant program director Jeff Berman; and soft-spoken chief engineer Bernie Koval, who was known as "Bernie The K" as he did Ron Lundy's mid-day show.

Some of the staff, such as Jeff, had been engineering the shows in the weeks since the technical staff had gone on strike. In fact, Musicradio77.com has posted a photograph of Jeff engineering one of Dan Ingram's shows during that period.

Rick Sklar filled in for some of the staff announcers and ABC Radio president Hal Neal, who had the one of the announcers for the radio serial "The Green Hornet" years earlier, delivered some of the newscasts.

"WABC had to compete with ABC's television operations to get good people to keep it on the air," Martin stated in a Feb. 28, 2007 e-mail message. "It's worth pointing out that for a lot of ABC employees at the time, the lure of being on local TV (WABC-TV Channel 7) or on the ABC TV Network was a lot greater than being on local radio. There were some talented ABC employees who worked on the TV side during the strike and had no involvement in what was going on at WABC Radio."

However, the music radio audience continued to tune in.

"We benefited from the curiosity of listeners who wanted to hear if he could stay on the air," Martin said. "They were curious as to who these new air personalities were."

"Charlie Greer's shift was in some ways the best, because you would get phone calls from the Midwest, the South, all over the country," he added, noting that during the wee hours of the morning WABC's signal bounced around to 39 states and some foreign countries.

Martin read the funky commercials for Dennison, the men's clothier that had started advertising on the all-night show a year earlier.

"I still remember the lines about 'my game is men's clothes' and 'money talks, nobody walks," he said regarding some of the rap from the commercials that in some parts didn't make literal sense.

"They were challenging to do, of course, because they were written to sound stupid," Martin recalled. "But they were definitely fun to play with on the air."

"Actually we ran them recorded at the beginning of the strike," Martin recalled, noting that either a staff announcer or someone associated with Dennison had done the voiceovers. "Then for some reason we went live with them over the final days."

The men's clothier on Route 22 in Union, N.J., which sponsored the all-night show, ran six commercials an hour.

"The Sound of Musicradio77 WABC" section of the web site stated that Martin tried to sound like Brucie on the air.

"When I was filling in for Bruce I made a point of performing in a way that I felt fit with the spirit of what his show was like at the time and what his listeners enjoyed hearing," Martin stated in a Mar. 2, 2007 e-mail message. "Obviously, there's only one Cousin Brucie. This was meant to be more of an homage to him than an imitation. The idea was to keep the wild fun going while Bruce couldn't be there. "

He also was billed during the strike as "Grove in the Groove."

"The phrase "Grove in the Groove" that was used to introduce me related to one of the catch phrases I was using on the air at the time -- "This is Mad Marty Grove in the Groove on 77 W-A-B-C!" he stated. "I've always enjoyed using alliteration. Moreover, I thought this had a lively fun sound to it and fit well with what we were trying to do, which was have a good time on the air that the listeners could share in just as they always did."

"I worked long hours," Martin recalled." "If I did Charlie's show, then I would go home and sleep for a few hours and then be back at the office to do my usual work by noon."

"Rick Sklar's format had helped the station sound good in these circumstances," Martin stated in a Feb. 22 e-mail message to Musicradio77.com. "The reverb that Rick had built into the station made all voices on WABC sound good, including the fill-in newscasters."

"Also, Rick had us running lots of promos and PSA's [public service announcements] that featured the WABC air personalities," he added. "And Rick also had a spot produced that told listeners that "more of the pickets you want to see" were walking in front of WABC's building, identifying the pickets with a snippet or jingle from each one's show."

"Rick's format actually was easy to follow," he said. "You knew that you had to give the time with the chime jingle at the end of the song."

"I also think that the short play list made it easier for us, because people were tuning in to hear their favorite song," Martin said.

"I wish that Rick were still here to share his memories of it as it represented a great success for him in that the station stayed on the air and held its ratings," Martin stated regarding the legendary program director who died in 1992.

Without regular engineers and with the staff further depleted as a result of the walkout by the air personalities and the staff announcers, Martin and the other substitute air personalities had to run their own board, which was typical at many stations at that time, but not at WABC, where there was heavy unionization.

"The studio was designed to work easily with an air personality also serving as the engineer," Martin recalled.

"In some ways it was easier to do the combination of being the air personality and the engineer because you could do things yourself," he said. "With an engineer that you weren't familiar with, there was the chance for more errors."

Martin worked in publicity and marketing at WMCA radio from 1962 until his arrival at ABC Television in 1966. He left ABC in 1968 to work at Metromedia and later was on the air during a strike at WNEW-FM.

"I think the work I did during the strike at WABC sort of sent me in the direction of doing on-air work some years later with the voiceovers on the movie reviews," he said.

He moved to the West Coast in the early 1970s and formed Grove Communications in 1975.

Martin, who currently resides in Tarzana, Calif. has produced and narrated movie and DVD preview features since 1990 on major domestic airlines and is presently reaching passengers through in-flight shows on United and USAirways and through American Airlines' American Way Magazine, according to his bio.

His movie and DVD previews are showcased at http://www.updatehollywood.com and also are seen on such prime out-of-home media outlets at the CNN Airport network's 2,000 screens at 41 major U.S. airports, the jumbo video screen on New York's Port Authority Bus Terminal and the University Networks screens on some 200 major college campuses across the U.S.

He also has done entertainment reports for television's "Entertainment Tonight," CNN television and for KNX radio, the CBS all-news station in Los Angeles.

"There weren't many glitches during the strike," Martin said. "Management seemed pleased."

"It was an exciting time," he recalled. "I think we were just hitting our stride and liking it when the strike ended."