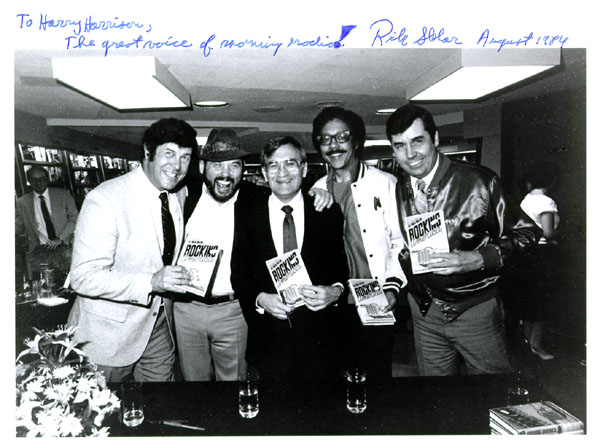 Scott and Holly Sklar, the children of legendary Musicradio77 WABC program director Rick Sklar, remember how their father, who had one of the few car phones at the time, would interrupt trips to a family outing and pull over to the side of the road so that he could call the station and remind an air personality that he wasn't delivering the WABC call letters enough.

"As a little boy he had listened to radio regularly in the 1930s and 1940s," Holly, 43, said in a Jan. 6, 2007 phone interview with Musicradio77.com. "He was constantly listening to the station at the house and when they were considering a new air personality he would bring a lot of tapes home to listen to them."

Rick, who joined WABC in the June 1962 as its community affairs director, was promoted to program director in 1963 and turned Musicradio77 into the most listened to station in the country. He has often been praised - particularly for his promotional skills.

"He was a very creative person," said Holly, a graduate of Brown University who is now a story analyst for Warner Brothers Pictures in Los Angeles. "He was the P.T. Barnum of radio."

Holly said she was most impressed with the $25,000 button contest in the mid-1970s in which listeners wore their WABC buttons in hopes that a spotter from the station would select them for a prize.

"All my friends wore one," said Holly - who, along with her husband, Michael Berman, - now look after their two-year-old twins - Samantha and Jacob. "Of course I had to tell my friends that I couldn't get my dad to make them a winner."

"It though that was such a great promotion because it gave the station so much free advertising with so many people wearing the buttons" she added.

"You would ride the [New York City] subway and it seemed like everywhere there was a $25,000 button," Scott, 48, a graduate of Cornell University, said in a Jan. 7, 2007 phone interview with Musicradio77.com.

Holly said that even someone from Russia made their own $25,000 button.

By the early 1970s it was estimated that 8 million people a week listened to WABC, which had a raft of talented air personalities ranging from Dan Ingram and Bruce Morrow to Harry Harrison, Ron Lundy and Chuck Leonard.

The WABC "chime time" jingle was heard on radios throughout the New York City area and at night reached into an estimated 39 states and some foreign countries.

As the children of the most famous radio program director in the country, Scott and Holly met some celebrities.

Holly said that former Beatle John Lennon and his wife, Yoko Ono, who lived four blocks away, attended parties that Rick and their mother, Sydelle - a school teacher who later worked with Rick in his radio consulting business - held at their home in the New York City borough of Manhattan.

In fact, she said her father wrote a letter on John's behalf when there was an attempt to deport the Englishman from the United States.

Holly recalled riding with John in a limousine that was mobbed by fans as it came to a stop and John lamented some of the trappings of being famous.

"Sometimes you would answer the phone and it would be James Taylor," said Scott, who has a wife, Madeleine, and a daughter, Emily.

Tony Orlando was once a dinner guest at their home.

"He loved to meet people like Mick Jagger or Stevie Wonder," Holly said of her father. "He even got Stevie to be photographed as though he were reading a WABC survey."

John Lennon spoke at an assembly at Friends Seminary, a Quaker school on the East Side of Manhattan that Scott and Holly attended.

They said that their father made arrangements for the Four Seasons, Harry Chapin, the Nitty Gritty Dirt Band and LaBelle to perform either at concerts to help raise money for the school or at school functions.

At Halloween, children from the neighborhood would come to Sklars' home because they gave away 45 records from Musicradio77 WABC.

Rick used short play lists to attract the broad audience that often tuned to WABC because they knew that they could hear the number-one song on the survey, which was played once an hour in the late 1960s and early 1970s.

"I think he really refined what Top 40 radio had been," Holly said of the repetition of top songs that turned the station almost into a radio jukebox.

However, at times, that created friction with some of the air staff - who thought that their creativity was being stifled.

Through the years, Scott Muni, Cousin Brucie, Bob Lewis and George Michael, among others, expressed concern about being restricted within WABC's tight music format. By the early 1970s the weekly music survey had been slashed from 20 to 14 hits.

Holly said there was the "inevitable" friction that happens when a lot of talented people are working together.

However, she said that longtime Musicradio77 WABC air personalities Chuck Leonard, Cousin Brucie, Ron Lundy and Harry Harrison attended a signing in 1984 at the Barnes & Noble on Fifth Avenue in Manhattan when her father's book, "Rocking America," was published (see photo above).

Scott recalled the friendship between their father and the air personalities.

He said that Brucie once came by their home to deliver a Christmas gift. Ron Lundy would sometimes pick up Rick on his way to WABC and take him to work.

Scott said that last fall he called Sirius 6 to leave a message for Brucie while he was doing a show and was elated that the longtime air personality, who has been on the satellite network since August 2005, mentioned it on the air.

Holly said her father, who grew up playing the guitar, enjoyed music ranging from the Four Seasons and the Supremes to Woody Guthrie and Bruce Springsteen.

She said that in the early 1990s, not long before his death due to anesthesia complications while foot surgery was being performed, he predicted that Pearl Jam would become a success.

Scott said his father, who enjoyed the position of community affairs director that he had when he initially joined WABC, continued to emphasize outreach programs after he became program director at Musicradio77 and the ratings had soared.

"He always was approachable and wanted to meet people and host community programs," said Scott, who lives in Mill Valley, Calif. and was the co-founder and until recently the co-president of TravelSmith, a mail order catalog that sells travel clothing and luggage.

Former Musicradio77 air personality Mike McKay said in a Mar. 11, 2006 phone interview with Musicradio77.com that when Rick was a vice president at ABC radio in the late 1970s, he regularly responded to letters that accompanied his air checks and would take Mike's phone calls when he was seeking a job at WABC.

Holly said he enjoyed being around young people - noting that her father taught a class at St. John's University in New York City on the business of broadcasting.

In 1977, Rick left his position as the operations manager of Musicradio77 WABC to become a vice president of ABC radio.

Holly said that she doesn't think that he ever enjoyed that position or his later work as a radio consultant as much as he did his career programming Musicradio77 WABC.

However, she said that he helped build ABC radio's talk show format and that some years later the famed Dr. Ruth Westheimer thanked him for providing opportunities for shows with psychologists to run during the daytime and prime time hours after they had been previously been relegated to the overnights.

Holly said that her father could be an intense person, and without the challenge of programming a top 40 station, he channeled some of that intensity starting in the early 1980s into marathon running.

He completed the New York City Marathon twice - at ages 53 and 55.

"I think he really wanted to own his own radio station," Scott said. "A couple of years before he died he gave me some advice on building a company and I think there was a part of him that wanted to use that same advice himself and own a radio station."

Holly said that their father was sad to see Musicradio77 WABC fade away on May 10, 1982 when the station, after experiencing lower ratings largely due to the growing popularity of FM music stations, switched to a talk format. However, she said he was "a forward-thinking person" who didn't dwell on the demise of the station that had once ruled the ratings by playing the hottest songs.

"He was very interested in satellite radio," she said, noting that ABC radio's attempt at a Super Radio music satellite in mid-1982 wasn't launched because of an apparent lack of advertisers and subscribing stations. She said that it was an idea that was a little ahead of its day.

Her father had signed Dan Ingram and Ron Lundy, among others, as air personalities for ABC Super Radio.

Around that time, Holly said that she and her mother urge him to write "Rocking America."

She said that the book, which chronicled the rise of Top 40 radio and Rick's career - sold out in hard cover and went into paperback.

"My mom and I told him that he had some amazing stories," Holly recalled. "I'm glad that he wrote it, because I will be able to show it to my children when they're older and tell them what their grandfather accomplished." 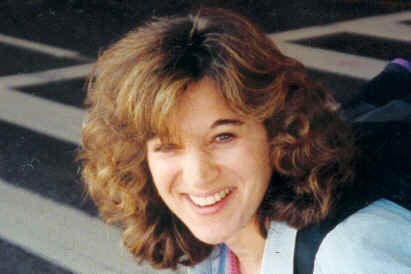