Harry and Ron "Back to Back"

Harry Harrison and Ron Lundy were together for eleven years on WABC. At 10:00 every morning, Harry turned the microphone over to Ron. In 1980, Harry joined WCBS-FM. Ron joined CBS-FM four years later. When that happened, the Daily News ran a story about it titled "Back to Back Again". This is the picture from that story. The only difference was that Ron came on at 9:00 instead of 10:00 every morning. They remained "back to back" for another 13 years until Ron's retirement in September, 1997. 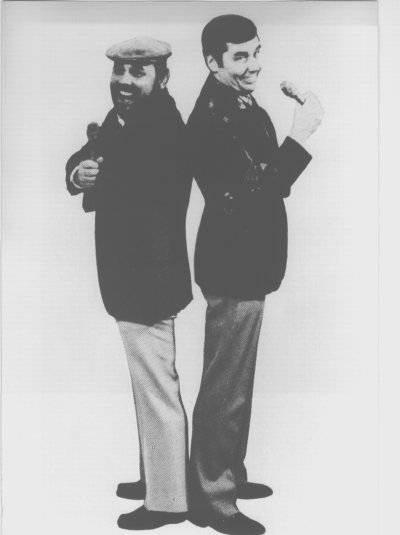 During Ron's last radio show on WCBS-FM, Harry gave him a plaque with this picture on it to commemorate their many years on the air together. Harry and Ron have great affection for each other after all this time together in New York radio. It was a moving moment from Ron's last show. 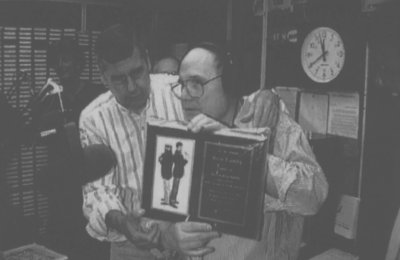 To my friend Ron Lundy:
Back to back friends since 1968 on WABC-AM and CBS-FM New York.
I wish you the very best because that's exactly what you deserve.
Friends Forever
Harry Harrison